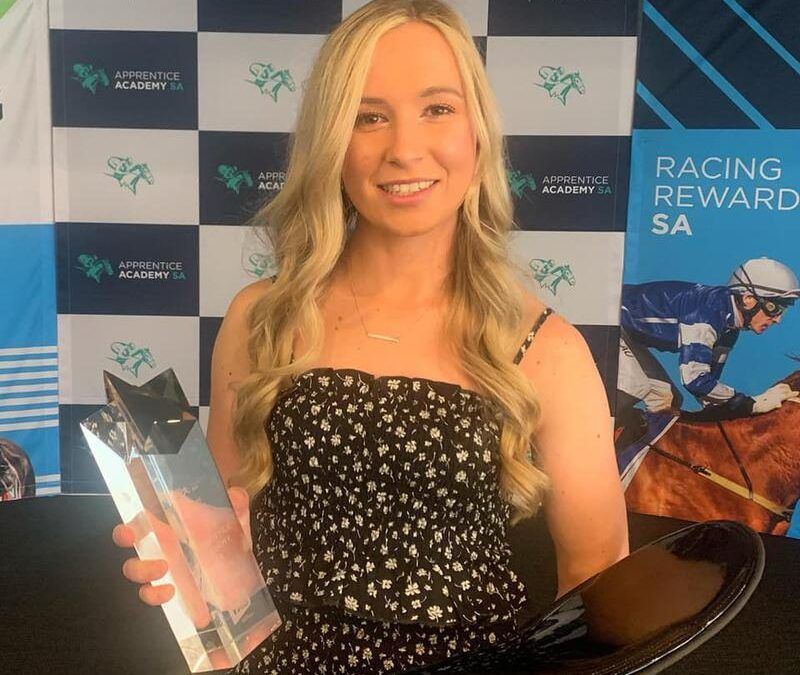 Crowther was named dux of this year’s crop at the 2020 TAB Apprentice Academy Awards Night, held at Morphettville Racecourse on Monday night.

In addition, Crowther landed her first Black Type winners – both while still an apprentice – when she won the Group 3 Lord Reims Classic (on Eperdument) and the Listed Manihi Classic (Shamino) at Morphettville last autumn, taking home achievement awards for that double.

The awards were scheduled to be held in November, but were postponed due to COVID-19 restrictions.

Also recognised on the night was Crowther’s former boss David Jolly, taking home the SA Jockeys’ Association award Master of the Dux. Crowther linked up with the David Jolly stable when she first moved to South Australia from Victoria in 2016 and has also forged a strong association with the Stokes stable in recent times.