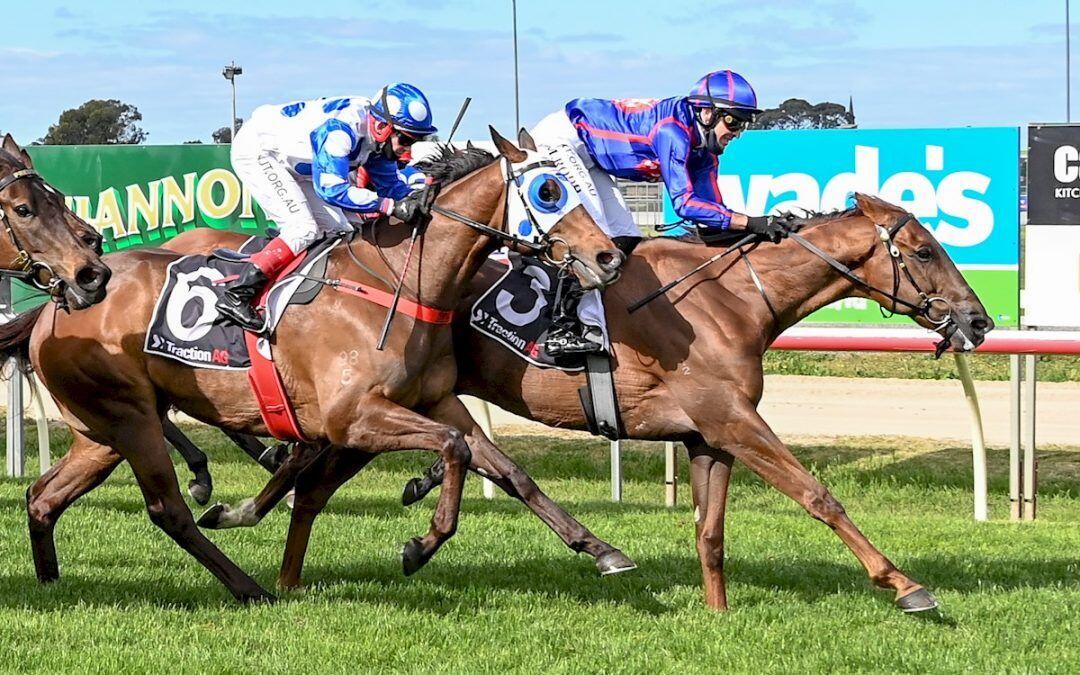 We love it when a plan comes together and on Sunday at Horsham it came together beautifully with the combination of a perfectly timed let up from trainer David Jolly and a beautiful ride from jockey Michael Rodd.

The much travelled and very versatile, Andrea Mantegna was fantastic winning his second country cup, some 2 years after he won the Ararat Cup in 2018. The race looked to map perfectly for him with an inside draw, he could roll forward and the track as it usually does played to the advantage of the leaders. From the jump, Michael Rodd was very positive to hold the rails and allowed Magna to bowl along making the other leader Peso work very hard to find the front going out of the straight the first time.

Rodd allowed Magna to travel nicely on the bridle and coming to the 600m he angled out to make his run. The heavily backed favourite, Royal Performance was on our back and travelling well but Magna responded to every challenge thrown at him to win by half a length on the line. It was a well earned victory for the horse and his owners and we will now consider a couple of options including the Bendigo Cup in two weeks or wait three weeks and head back to the Ararat Cup on route to the Ballarat Cup.

Big shout outs to trainer David Jolly for the hard work he and his team are doing with him, also to Roddy for the great ride and the team for hatching this plan six weeks ago. Congrats to all the owners, this horse has been a beauty since we purchased him at the Inglis tried horse sale back in 2018.