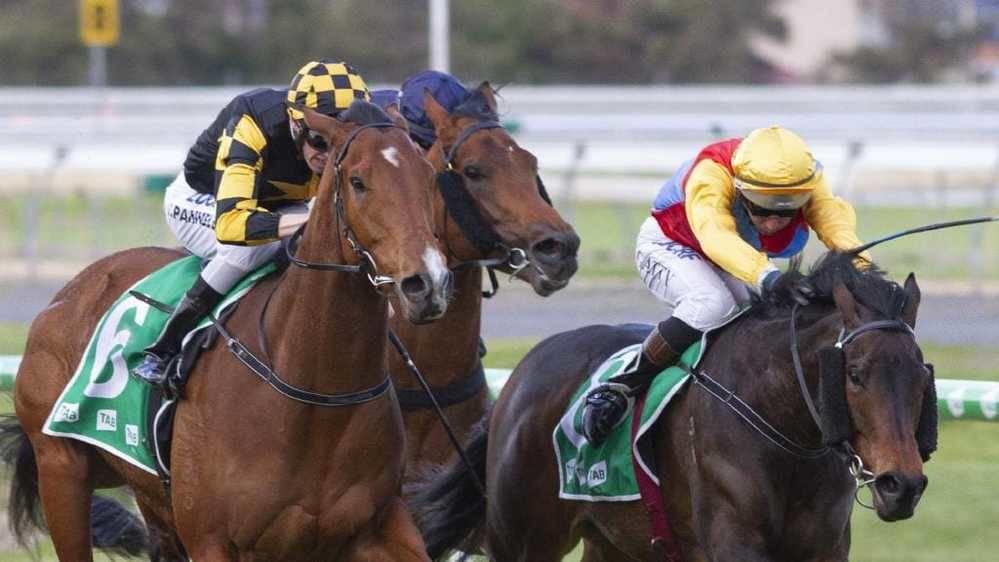 The David Jolly-trained four-year-old, with $7.5m Golden Eagle ambitions was back in the winners stall for the first time in 272 days with a gutsy win in the Listed feature.

A relieved Jolly said they can now continue to map a path towards the Sydney feature later in the year with a return to Melbourne up next for the Group 1 Goodwood runner-up.

“It wasn’t pretty but he got there in the end,’’ Jolly said.

“It’s just nice to see him back winning,’’ he said.

Behemoth, like many, looked in trouble early in the race when the speed slackened sharply upfront when Long Leaf worked outside the leader Special Diva.

Despite jockey Todd Pannell being forced to get going sooner than he wanted, Behemoth dug deep when it mattered to mow down a brave Amberdi for a narrow victory.

“We kind of thought the race would pan out that way,’’ Jolly added.

Behemoth (Todd Pannell) nails Amberdi late to win the $100,000 Penny Edition Stakes at Morphettville. Picture: Atkins Photography “There wasn’t a lot of speed in the race on paper which was always going to be a concern.

“I was a bit worried when the speed dropped right out of the race and he wanted to get keen, but it was a good effort in the end,’’ he said.