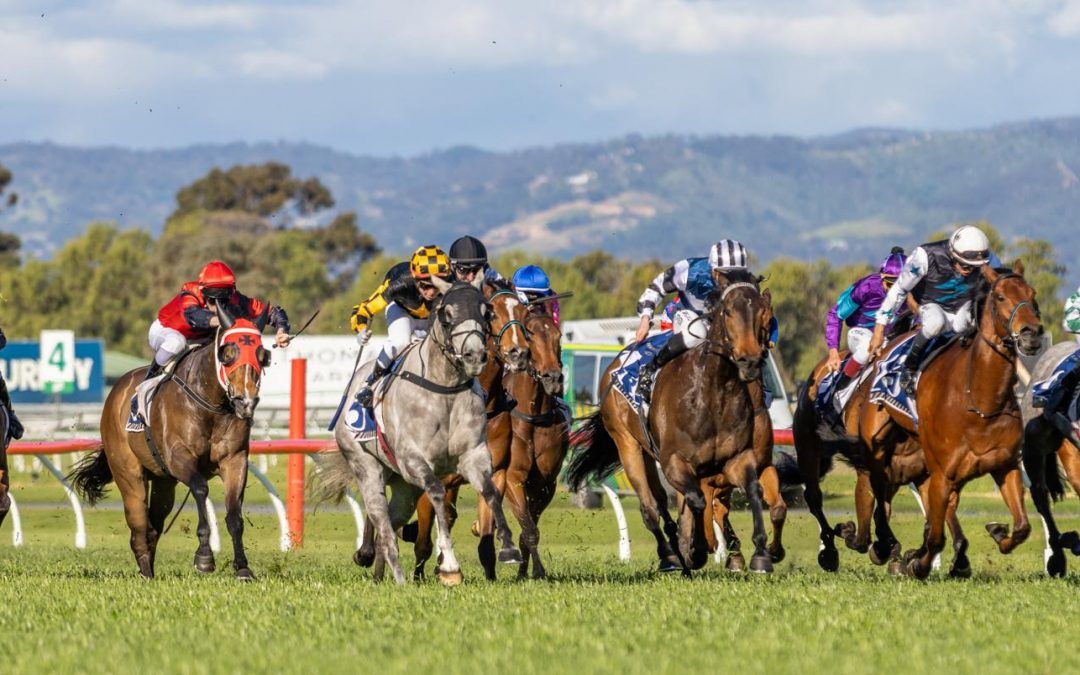 Calypso Reign put the writing on the wall this campaign with a superb first-up run from the tail of the field and improved on the back of that second-up, going on to win in arrogant fashion at Morphettville on Saturday October 30.

What made the win even more special was the fact that this big grey was running in the $102,000 Sprint Series Final sponsored by none other than Grand Syndicates.

Trainer David Jolly and the Grand Syndicates team did consider the Grey’s race over the Flemington Carnival but made the right call, heading to the Sprint Final over 1100m and the six-year-old did the rest, storming down the outside to win impressively.

Kayla Crowther, who has a great affiliation with Team Grand and this horse, allowed him to get into a rhythm, drifting back from a wide barrier. She worked to the outside at the top of the straight and the horse flew home late, winning by a comfortable 0.9 lengths.

Calypso Reign has now won four career starts from his 18 runs and the victory takes his prizemoney well over the $200,000 mark. The five-year-old is enjoying his racing and flying this time in. The stable will see how he pulls up from the race before eyeing off a couple of future targets for him.