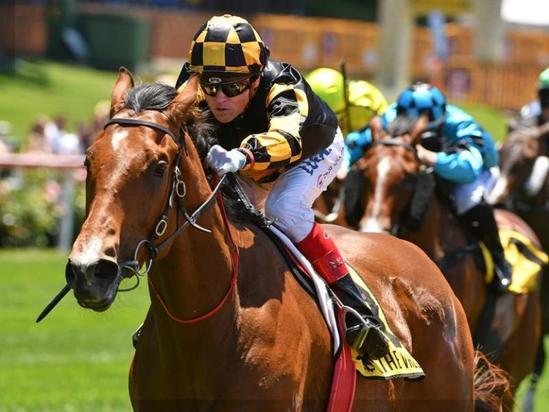 Virtually unwanted as a yearling, Behemoth is the ugly duckling that turned into a swan.

And now the South Australian giant killer is being lined up for a tilt at two races with a headline value of more than $20 million in one season.

The five-year-old, trained near the beach at Goolwa, could try to land what would be an enormous double in the space of five months – the $15 million Everest in October and then the $5 million All-Star Mile in March next year.

Connections confirmed on Tuesday that the gelded son of All Too Hard would run in the world’s richest turf race in the slot owned by The Star. Earlier in the spring they also said his long-term autumn aim would be the All-Star Mile.

“As a foundation slot holder we’re looking forward to securing a breakthrough victory next month and Behemoth will be tough to beat after winning both the weight-for-age Memsie Stakes and the Sir Rupert Clarke Stakes. We’re committed to supporting the racing industry and The Everest showcases the long-standing partnership between The Star, the ATC and Racing NSW,” the company said.

The Everest winner this year will receive a staggering $6.2 million, while the All-Star Mile victor will pick up well in excess of $2 million in the race due to be staged at Moonee Valley in 2021.

Syndicate racing manager Sam Lyons believes that as a high-quality 1400-metre horse well suited to a really fast tempo, Behemoth could be just the sort to come storming home fast and late to finish over the top of the specialist sprinters in The Everest. Vega Magic, a similar type, almost did so in the inaugural race behind Redzel.

Behemoth has proven himself over the shorter trip at group 1 level before, running a head second to Despatch in the 1200-metre Goodwood of 2019 when he was continually blocked for a run.

“I think he’s probably more dynamic coming off a high speed 1400 metres, but given the quality of horses in The Everest there’s a fair chance it will be run at a good clip. It’s certainly doable,” trainer David Jolly said.

Prior to the idea of an Everest tilt, connections had been plotting a run in races like the Toorak Handicap at Caulfield or the Cantala at Flemington, both group 1 events over 1600 metres during the Melbourne spring carnival.