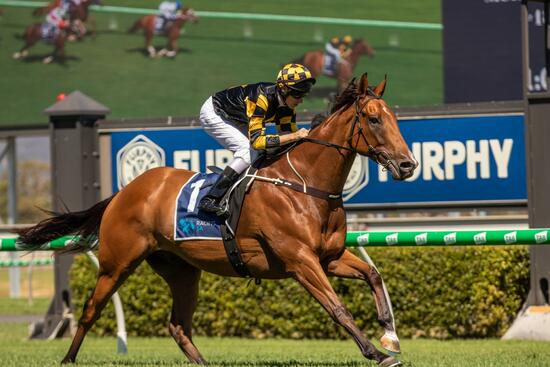 Super Adelaide galloper Behemoth sent a chilling warning to his $5m All-Star Mile rivals when he raced clear to score an emphatic first-up win in the Durbridge Stakes (1100m) at Morphettville.

Sportsbet wound Behemoth’s price into $8 for the March 13 race for $5 million after he sat back one-out and one-back over 1100 metres as odds-on favourite before running down the leader Kemalpasa and then racing clear.

Behemoth, who won the Memsie and Sir Rupert Clarke Stakes at Group 1 level at Caulfield early last spring, is to return to the scene of those victories in three weeks’ time when he races for another Group 1 in the Futurity Stakes (1400m).

Victory there would guarantee him an All-Star position, but such is his brilliance and pulling power, he will be voted in also by the public and would also be a certainty to be granted a wildcard if not.

Currently, Behemoth is second in the All-Star Mile voting behind WA star Arcadia Queen. He has now had 20 starts for nine wins and has amassed more than $2.1 million in stakes.

Trainer David Jolly gained bragging rights over his brother Richard (co-trainer of runner-up Kemalpasa) with the victory and he told Racing.com that he had few concerns with the race.