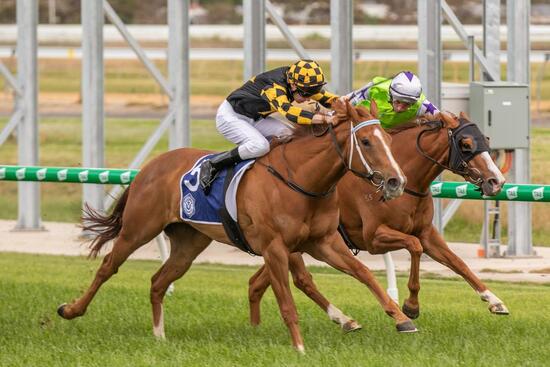 TRIP has made it three in a row with another all the way win in the $100,000 Viddora Series Final over 1300m at Morphettville on Saturday October 24. The mare worked to the front from a wide barrier under Todd Pannell and was incredibly tough in the concluding stages to fight off her rivals.

When Team Grand moved Trip to South Australia for a change of environment they couldn’t have ever imagined she’d win three on end including two city wins, let alone a $100,000 Benchmark 76 Series Final but the daughter of Good Journey has really furnished into a tough mare.

The $18,000 purchase has now won over $150,000 in prizemoney and the way she is racing there’s plenty more in store. The four-year-old has come along way this campaign and is showing no signs she’s at the end of her preparation.