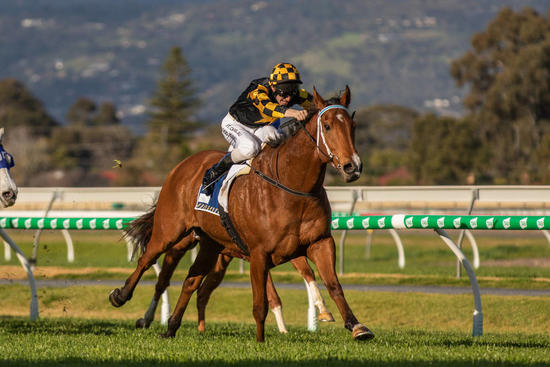 MELBOURNE majors await David Jolly’s Behemoth after his brilliant return to racing in the $120,000 Group 3 Spring Stakes (1200m) at Morphettville on Saturday.

“That was super,’’ Jolly said.

“It all worked out perfectly for him, the pace was solid and he was able to get the ideal drag into the race and let down really well, that’s exactly what we wanted to see before we head to Melbourne,’’ he said.

The 2020 spring has been the firm focus for the five-year-old after a light Adelaide Festival of Racing that netted a win in the D C McKay Stakes and a luckless run behind Trekking in the Group 1 Goodwood.

Jolly said the short break between campaigns had been ideal and he’s confident the best is still in front of the highly talented galloper.

“He just looks like he’s come back better again this campaign,’’ Jolly said.

“We only gave him the short break and it seems to have done him the world of good,’’ he said.

The Group 1 Memsie Stakes over 1400m at Caulfield in the fortnight is an option while Jolly said they would look at races like the Toorak Handicap over a mile later in the spring.

Behemoth firmed from $26 into a $15 chance for the Memsie with tab.com.au following the win.

While Behemoth was dominant there was also plenty to like about the return of Dalasan who charged home into second chasing a second successive Spring takes win.

First-up since the SA Derby in May, Dalasan settled towards the rear of the field and looks primed for another big campaign where he is being targeted towards the Cox Plate at Moonee Valley.