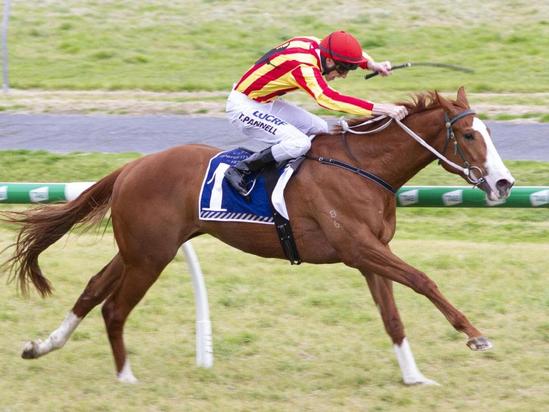 Jolly has nominated the galloper for the $2m Caulfield Guineas and said he will give the juvenile every opportunity to get to the 1600m feature in October.

“He’s nominated for the Guineas and when you have one showing this much promise, you have to give them a chance of getting to a race like that.’’

Roccabascerana, first-up since an impressive 6½ length Morphettville victory in wet conditions in May, strode to the lead and fought off a challenge by heavily fancied Hafaawa before scoring by more than three lengths.

Jolly said despite being a horse with a high cruising speed, Roccabascerana was bred to get over more ground, with staying pedigree of the dam’s side being a close relation to well-performed stayer Tally.

Roccabascerana (Todd Pannell) wins impressive at Morphettville and is being set on a path for the Caulfield Guineas. “He’s got a bit of guts in the pedigree,’’ Jolly said.

“Whether or not he gets to the mile, we will just have to wait and see.’’