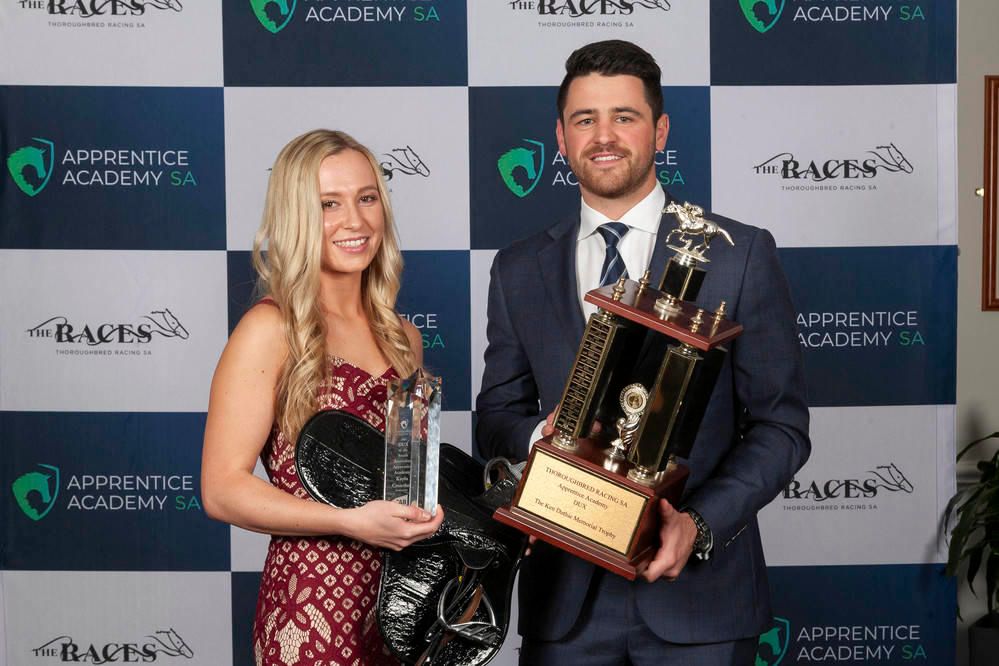 In Crowther’s short time in the saddle, she has already won 189 races, with 32 winners for the 2018-19 racing season, and 63 for the Apprentice Academy year. Crowther also took home the SATA Most Winners in an Academy Year award for this total, as well as the SA Breeders award for Best Winning Strike Rate.

The awards come on the back of a stellar year for Crowther, who was named Dux Runner-Up at last year’s awards behind Raquel Clark.

She currently sits third on the South Australian jockeys’ premiership, behind Todd Pannell and Barend Vorster.

Highlights of her strong performance this year include winning the listed ‘Hill Smith Stakes’ aboard Craftsmanship, and the $191K Magic Millions 2yo Classic aboard Done By Me on Adelaide Cup Day for which she also took home a Special Achievement Award.

As part of the award, Crowther will follow in the footsteps of previous winners and spend two weeks in Singapore next year where she will ride at the famous Kranji Racecourse.

Also recognised on the night was Crowther’s boss David Jolly, awarded the SAJA award for Master of the Dux. Crowther has been with the Jolly stables since she first moved to South Australia in 2016, with the combination proving stronger every year.

Raquel Clark was acknowledged for yet another standout season, taking out the SABL Longest Priced Winner award and a CRSA Special Achievement Award in recognition of a number of impressive wins across the year.

Other winners included Jerry Chau who was named as the SAJC Rising Star for the best Junior Apprentice, Lachlan Neindorf who won The Advertiser Media Award for the best media performance by an apprentice and Sophie Logan who was a proud recipient of the Minister for Racing Endeavour & Sportsmanship Award.