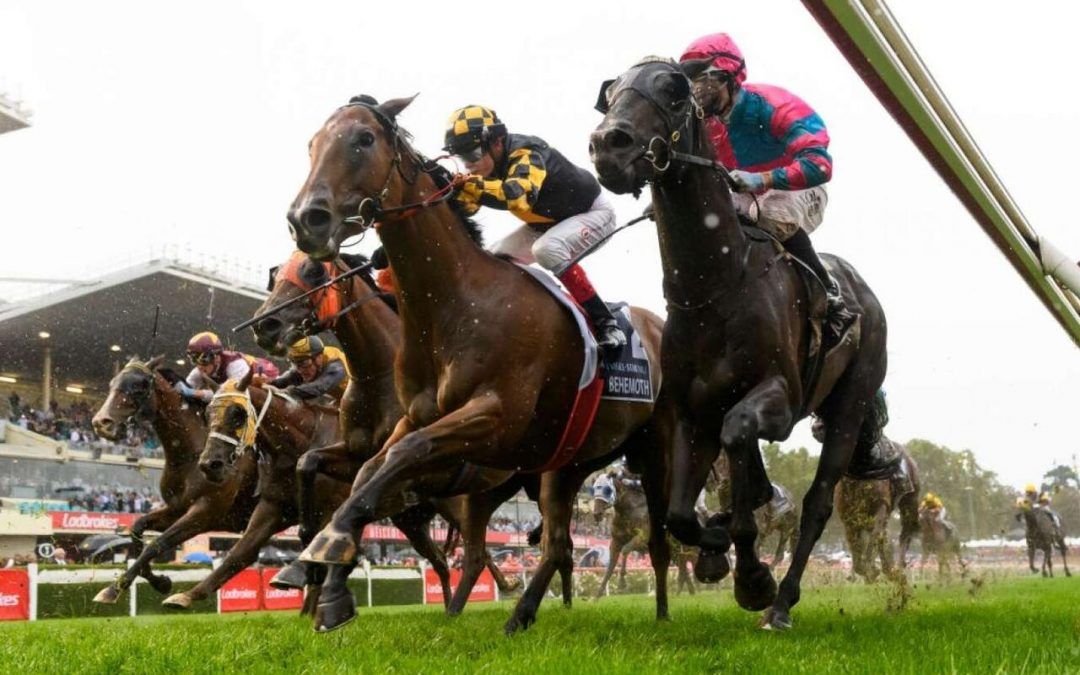 A dark and wet day did nothing to lessen the excitement of Team Grand and all owners as Behemoth crossed the line in third placing in the All-Star Mile on Saturday March 13. A soggy and deteriorating Moonee Valley surface made the going tough but Behemoth was gallant over the mile, fighting it out, and securing connections $360,000 in prizemoney with his minor placing.

It is hard to comprehend a $6,000 purchase fighting out the finish in the richest mile race in the world and Grand Syndicates couldn’t be more proud. The third placing amazingly took Behemoth’s career prizemoney beyond the $2.5 million barrier.

“His manners were excellent, we were able to utilise his barrier, he had good speed” Jockey Craig Williams stated post-race.

“We were put under pressure a few times during the race. I was so proud of his performance”

“Under the circumstances he ran so gallantly – like he always seems to. Credit to David [Jolly] and all of his team” Williams stated.

The son of All Too Hard pulled up well from the event and has arrived safely back in South Australia.

David Jolly and the team will take a couple of days before deciding on a firmer plan going forward.